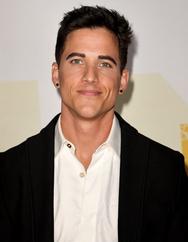 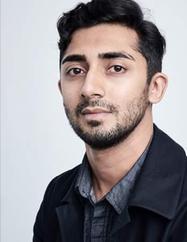 Mike Manning is an Emmy-winning actor and producer of film and television. On screen, Manning is most known for his roles in Disney's "Cloud 9," on MTV's "Teen Wolf," and as Charlie Dale in NBC's "Days of Our Lives." Mike began his producing career with the documentary "Kidnapped for Christ" alongside Tom DeSanto ("Transformers"). The film won numerous awards including the Audience Award at SlamDance Film Festival and was sold to Showtime. The film was responsible for legislation in California and other states, to protect children at "camps for troubled youth." Mike's other producing credits include: the Tribeca comedy "Folk Hero & Funny Guy," the coming-of-age drama "Jinn" (won the Audience Award at SXSW and sold to MGM), the Netflix Original "The Death and Life of Marsha P. Johnson" with Oscar-nominated director David France, the SXSW thriller "M.F.A.", concept pilots for Lifetime TV, the Barry Brown civil rights movie "Son of the South" executive produced by Oscar-winner Spike Lee, and the homeless youth documentary "Lost in America" featuring Halle Berry, Rosario Dawson and Tiffany Haddish. Having lobbied Congress in Washington, D.C. before moving to LA, Mike has worked with many non-profit organizations throughout the country. He's currently an ambassador for Boo2Bullying and a board member for the largest youth-focused clean water organization in the world, Thirst Project.

​​​
A product of the ABC /Disney Talent Development Program, actor Vinny Chhibber has been involved in creating and developing numerous award-winning film, television and theater projects. Credits include "Folk Hero & Funny Guy," (TriBeca premiere) with Wyatt Russell and Hannah Simone and Macro Venture’s "Re-Date" alongside Sophia Ali, Karrueche Tran and Bianca Santos. Vinny just wrapped "Cover Versions" directed by Todd Berger ("It's a Disaster") and is currently in Vancouver playing a recurring role on the hit CW show “No Tomorrow.” Additional acting credits include work on networks such as ABC, NBC, FOX and CBS. In 2017, under the production company Chhibber Mann Productions, Vinny is also executive producing the documentary film "Lost in America," a film following the stories of homeless youth in America, as well as the feature film "M.F.A." (SXSW premiere) with producer Shin Shimosawa ("The Grudge") and director Natalia Leite ("Bare"). When not acting, writing or producing, Vinny spends his time playing soccer and working with his theater company, Ammunition Theatre Company or Ammo. In 2015, Ammo was awarded the My Friends Place Volunteer Partner of the year award and also received a certificate of recognition from the California State Assembly.